Writer, poet, aikidoist, plumber. An aikidoist and Zen practitioner since 1990, Steve’s approach to his life is a practice, whether it’s writing, plumbing, Zen or aikido. This life-practice led, in 2000, to the study of non-violent action and eventually to reading Archbishop Desmond Tutu’s
book, No Future Without Forgiveness.

Touched by Tutu’s sensibilities and the arguments presented by cogent writers and professors such as Michael N. Nagler (The Search For A Nonviolent Future), David Cortright (Gandhi and Beyond: Nonviolence for an Age of Terrorism), and Marshall B. Rosenberg (Speak Peace in a World of Conflict: What You Say Next Will Change Your World), Steve continued his quest to develop a nonviolent philosophy that could be implemented by a secular audience. In December 2008, he heard an interview in which Tutu spoke about the power of apology and, moved by Tutu’s clarity, Steve decided to start an “apology project,” which has now become the Wisdom, Mediation & Dialogue Foundation (WMD).

Steve graduated from the University of California, Santa Cruz with a Bachelor of Arts in Biology, where he also studied poetry with George Hitchcock. He taught poetry writing workshops for grades K through 12 with California Poets in the Schools for more than twenty years. In 1980, Steve co-founded The Poetry Conspiracy, a San Diego literary magazine and calendar, and began performing poetry and music. Since 1980, Steve has been performing poetry and music, in addition to auditorium presentations and community forums. In 1990, he began the study of aikido and within three years was doing zazen as part of his martial training. In addition, Steve has thirty years of experience running his family-owned and operated plumbing business, alongside his own steam and sauna business.

Steve’s creative works and poems have appeared in Hidden Leaves, Magee Park Poets Anthology, Montezuma Life, Portfolio, Anenome, The Poetry Conspiracy, Border Voices, Visions, Rescue, Montezuma Life, Sansho, Biran and Verbum. Steve was assistant editor for Verbum, a journal of computer aesthetics. He has co-authored, produced and performed several theatrical-poetry presentations, including “Bending the Spoon,” and the current production, with Dave Curtis and Danny Campbell, “A Fork In Time” (aforkintime.com), a jazz-electronica infused monologue. Through these creative avenues, Steve continues his search for those aspects of the human condition that will reduce suffering through the process of healing. 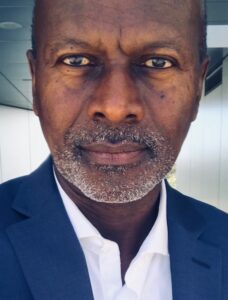 In addition to his practice, Dixon lectures at the University of San Diego, San Diego State University and oversees Notes to Our Sons and Daughters, an art project that shares the wisdom of corporate and societal elders with the next generation.

Jim Milner is currently a psychotherapist in Denver, Colorado, works full-time for the University of Colorado’s Cancer Center as a cancer counselor and information specialist, and a psychosocial research counselor.

Jim has been a teacher for over 20 years, working with Border Voices Poetry Project and California Poets in the Schools as a poet-teacher for 2nd through 12th grades. He has also taught Creative Writing, Critical Thinking, Multimedia Writing and literature at Platt and Remington Colleges and has conducted community-based poetry writing workshops. He has been a mindfulness practitioner for over 35 years and has taught meditation to individuals and groups. Jim has also worked with teens in crisis, as a foster family respite worker, facilitated a WINGS Foundation support group for survivors of childhood sexual abuse, and was a nurses’ aid for hospice for nine years.

Jim’s poetry and essays have appeared in many journals and anthologies over the past 30 years. He has also worked as a copywriter and editor, technical writer, and editor for technology and arts-based corporations.

Dr. David A. Deitch, a Clinical and Social Psychologist, has more than 40 years experience in the development of drug abuse treatment systems for adolescents and adults. He is currently a Professor of Clinical Psychiatry at UCSD and Director of the Addiction Training Center. In the non-profit public health sector, he was Co-founder of Daytop Village, Inc., and served as Senior Vice President and Chief Clinical Officer for Phoenix House’s Foundation. In the academic sector, he has had faculty appointments at Temple University, the University of Chicago, and UC San Francisco, as well as serving as Chief of Substance Abuse Services for UCSF. In the government sector, he has served as Coordinator of Curriculum and Faculty for the United Nations East Central European Drug Abuse Treatment Training Project. He continues to consult for a variety of Departments of Corrections and Ministries of Justice and Health in Latin America, Southeast Asia, South Asia, and Europe. David served during the Johnson Administration as a consultant to the Presidential Commission for the Study of Crime and Juvenile Delinquency, and the National Commission on Marijuana and Drug Abuse. During the Carter Administration, he chaired the White House Task Force on Prevention. He chairs (1993 to present) the Curriculum Development Committee of the National Addiction Technology Transfer Centers (see Technical Assistance Publication Series 21 – The Addiction Counseling Competencies: “The Knowledge, Skills, and Attitudes of Professional Practice”). He further serves as an advisory board member for the Association for Medical Education and Research in Substance Abuse – Mentor Project. At UCSD, he serves on various education committees (Medical Electives, Allied Health) and is a member of the UCSD Health Sciences Academy of Clinical Scholars. He has numerous publications (and videos) in the field and is currently the principal investigator on three federal grants.

Jim Eischen has thirty-one (31) years of experience practicing corporate, real estate and healthcare law, and for the last ten (10) years he has developed a national reputation in US private direct medicine healthcare/wellness business planning and regulatory compliance. Jim frequently lectures on healthcare and data privacy compliance solutions with an aim for common-sense education delivering practical solutions. He is also a notable speaker on avoiding professional burnout, and his talks to attorneys on this subject have been broadcast and distributed nationally. Jim is dedicated to supporting professionals and innovators in their quest to create disruptive and successful US health and wellness business models. As a well-respected educator and a national conference speaker, Jim’s audiences enjoy his warmth, sense of humor, and ability to break down seemingly complex compliance puzzles into workable solutions. In 2018, Jim re-wrote and updated California Medical Association’s physician legal handbook chapter on private direct medicine compliance—his compliance analysis and solutions are peer-reviewed, and delivered not to promote a product or a political cause, but to instead focus on promoting the innovator/professional with credible information. Jim formed Lofty Learning to provide the US marketplace with a neutral, independent and substantiated collection of solutions for people fighting to change and improve themselves and the US health/wellness marketplace. The only products he is selling with Lofty Learning are practical solution libraries that make sense out of a US health/wellness marketplace and support much needed change for innovators and their great ideas.